A Few Reasons Why The Beach Is Weird 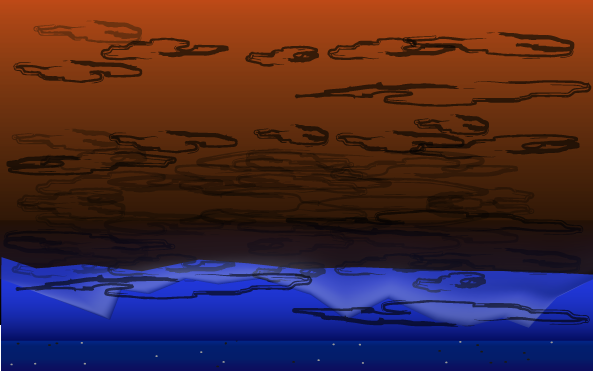 What's weird about the beach is that people make every effort to exude a confident aura while they're there and yet simultaneously pretend that they aren't in the most filthy and public place imaginable. We aren't talking just about the looking-good -- there's more bad than good. It's more the "get out of my way, I'm having fun!" attitude.

"This here's my patch of dirt and seafoam, don't you even look at me (or please, please, please do)!" People pack their families and friends into salt-frosted vehicles, throw on highly-specific, and sometimes unbecoming, clothing, lie down in the heat beside water that most will be indifferent to, pretend that they're not hot, and get sand in their cellphones. We suppose it roots back to our theorem on why Winter Is Better Than Summer, and the recurring fact that people love being good at doing jack shit. Americans like to think they're good at this, but they need to understand that the position of "Most Chilled-Out Motherfucker On The Planet" was claimed all the way back in 1901, and we don't think Australia is going to give up her title any time soon. Nevertheless, people love working hard at lounging skills. They love tolerating the haters, blowing off responsibility, giving scheduling the middle finger, and turning up back in reality later on, sunburned and smelling like kelp, stating: "Went to the beach, bitches."The beach is weird. Everybody wants to go. Not everybody feels good about going. You're either there to enjoy yourself in the half-nudity that you've been crunching together for the last month, or to hate on fatsos that are probably getting laid more frequently than you are. As a plus, you know that there are people inside right now (right-right now!) that are hating that you aren't yourself indoors. Haha! Fools! All your sunshine are belong to us!

Know what the beach is? It's your admission that: "You know what? I surrender. I will default to my inner tantrum-response and go limp, indifferent to the world. Just you try to drag me, mom. I'll read something I know is shitty. I will hold my beach neighbors in contempt for either being fatter or skinnier than I am. I will laugh at the people that I know are not brave enough to throw up their own hands and shout: 'Fuck it! Willful stupidity is where I belong. To the salty shores!' I'll hate myself, feeling niggling grains of guilt stuck under my toenails. I'll complain about the heat in the traffic. I'll complain about the heat on the sand. I'll miss my air conditioner. I'll worry about getting sand in my iPhone. I'll hate that I can't surf, or even boogie board, for that matter. I surrender to this dream I borrowed."

We've never had a moment where we've felt we've earned the right to collapse for a while. Happiness doesn't come from waving guilt away, putting something off. That's why the beach is weird. You have to either earn it or you have to deny responsibility for a while, potentially lying to yourself. There's always something better that could be done with this time, isn't there? There is no "enough for now, let's go to the beach." A pristine trip to the beach forms no good memory. A weird trip to the beach forms a fantastic memory.

People love the beach. That's weird. Almost all people love the beach, and yet they complain when everybody in Japan and America drops $10 to see Transformers 3 on a Wednesday evening (Pro-tip, don't pay $10 to see Transformers 3. Wait for NetFlix and skip the first hour (* 1/2 out of 4).). The beach is the Michael Bay Of Fun. It's loud, long, smelly, stupid, and hateful. And that bothers the large majority of people.

Just please don't tell anybody that we are all shouting that on the inside when things get weird at the beach.

Next up: Paradise Lost Explained