“Casually whittling down the competition in F-Zero GX is shark-esque. It’s Tiburonean.” 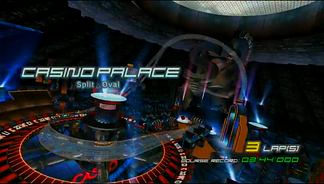 The men and women that work on Wall Street are often accused of making money off of other people by simply saying the shit they own is more valuable than the shit other people own. Oftentimes, that shit is something like the predicted value of a commodity in Malaysia, and the Wall Street firm has a physical copy of the exact booking numbers to back up what they’re saying, so you don’t have much a leg to stand on if you want to disagree. Plus, these investment firms have a team of, like, 30 dudes and chicks fresh out of Columbia Law on retainer. Mean motherfuckers. The kind of people that list “killing drifters” in the Interests section of their Facebook profile. Regardless, Armie Killingsmanship, Esquire, is legally right in more ways than you are. Don’t bother trying to fight them in a court of law. A lot of people think what these firms do is rigged, calling them thieves and morally-compromised manipulators, caring about nothing but their dangerous competition, gambling all day and night because putting their nuts on the chopping block is the only way they can achieve an erection these days. We don’t really know how it works—we assume at the end of it all, one guy gets rich and the loser gets prostate cancer or something. F-Zero GX is the greatest Wall Street Investment Firm Simulator to date. It’s Goldman Sachs: The Official Game Of The Firm.

In this game, you either win, or you die of prostate cancer. Slow, omnipresent, sad, probably-already-there prostate cancer. How much are you willing to risk to win?! Some of it? ALL of it?! The answer is “all” of it, of course, and “it,” is a pronoun representing pride, in this case. It becometh pride. Unfortunately for you, in this game, you’re strapped to the back of a rocket, which goes fast. Also, it’s a race. Also, there are 29 other rockets racing against you on a narrow gun-metal pulse-light lattice. And they want to kill you. All of them want to kill all of the cells in your body. Add rock music. Speed up the rock music, add techno-synth bass, and Bollywoodlian lights.

F-Zero GX is the sport that would exist if there was an apocalypse, and the only people that survived were a tribe of former MIT engineering PhD candidates and a tribe of professional wrestlers trained as old-school method actors that can’t manage to break character anymore. Both groups eat cocaine and Bolivian Tree-Frog sandwiches, and nothing else! Then they build and race rocket cars in contests where on-track murder is encouraged. You’ll learn that explosive murder is the best kind of murder and fast rocket cars are the best kind of rocket cars. We like things that go fast. Going fast, straight, is a thrill in this game. Control is never certain. Basic operation of your rocket car can be a mind-killer in F-Zero GX. The speed, and the precision you can and must continue to exact upon your craft at that speed, is skin-cracking.

While your skin is cracking, you’ll have a few things to do. Keep an eye on your shields, expend extra shield energy for a speed boost, stay within the guardrails, and try to eliminate your opponents. Before talking about how thrilling eliminating a rival can be, the sensation of boosting needs addressing. It’s frightening. It’s necessary. It’s the repeated sensation of chopping down a tree with an ax while the girl you like watches. The rush of hitting the Y button drains your shields a bit, leaving you open to attack and maybe to fishtailing out of control. The strength of the thrust can be tailored prior to the race, balanced with your overall top-speed, which is the only major machine-tuning you need to take part in. You pray things hold steady. Your back-end might fly out. On steep uphills, you can grind your nose right into the track. Boosting into the guard-rail, losing shields twice-over while scrubbing a ton of speed is another hole in your head—you just don’t need it. That worst-case scenario is a fucking Sword of Damocles, yet it is too exhilarating not to lay into the boost button.

Sidebar: They recently had a computer named Watson on Jeopardy! It crushed. The problem with having a computer compete against humans for a prize that is only tangible to a human—money, for instance—defeats the purpose of having them compete. The computer doesn’t feel greed and it doesn’t comprehend personal consequence. Program a Virtual Intelligence (V.I.) opponent that can process material, malice, and irrational value. Program a V.I. that can deliberately cause somebody grief. One that can become afraid of a human or find joy in personal operation. We want a digital opponent that is excited to hit the boost button and regrets when it hits it too many times. That would be impressive.

Near the end of each lap, there’s usually a “Pit Strip” on the course. In the future, there is no pit crew! You just service your car with pink ooze, or magnets, or science, or however it works. It’s a bit like driving through strawberry milkshake and it refills your shields/boost while slowing you down a tad. You always exhale slowly for the half-second you drive through it. It’s the most fun you’ll have losing speed while racing and the second most fun you can have while breathing.

You need shields. They sort of keep you safe and every car has them. Killing your opponent’s shields is the crunch of cracking semi-frozen cubes out of an ice tray. If they crash and burn, they get no points for the race. It’s such a simple concept! “Go fast in your hover-ship for three laps.” There are literally no other rules in F-Zero GX. It’s simpler than full contact soccer with no off-sides. It’s horse-racing with swords. (We would so go to watch the horse-sword-race! Every jockey would have to be a cosmically bombastic roided-out David Bowie and every horse would have to be a car—then we’d go to watch. Otherwise, no, we just need a GameCube.)

The scenery flows by at 1500 km/h like hot soy milk spread over a Christmas snowfall. In particular, the Lightning levels stand out. The relativity of rain spraying in your face ironically forces you to not blink. Yet it remains a videogame made in 2003—suck it, modern HD rendering software! The tracks swoop, climb, loop, and rollercoaster. Rollercoaster is a verb now. It pains our vital organs to know that one false move during the race, and we’ll send our custom-built plasma-coffin into the Smeared 2D Plane Of The Beyond. That Smeared 2D Plane Of The Beyond is the world far below each of the elevated tracks—it is everything that sucks in life. It is:

Removal from the race completely. Fall and explode. Exploding means you lose because your car has exploded. It’s a stunning, real feeling. Cats run in fear and homes echo with profanity when this occurs.

A reminder from the announcer. The announcer is normally is reminding you that “YOU’VE GOT BOOST POWER!” in his most enthusiastic Sega-voice—that you’re “Off course.” His voice is your dad in all the menus in the game, giving you info on cars, races, lap records, and then... “Off course.” It’s one of gaming’s most brutal reminders that you disappoint your father and you can’t escape your Oedipus Complex.

Removal from the modern videogame realm. The crash isn’t spectacular. You just turn into a low-resolution smoky blip on a Smeared 2D Plane Of The Beyond. The transition is a stark contrast. You don’t deserve 128-bits anymore. You can try again if you dare, fucker.

As we mentioned earlier, you can’t drink the salty tears of the A.I.’s infinite sadness when you knock them off course, because the A.I. is run by the game, the game isn’t alive, and therefore can’t “lose,” but you can inflict very permanent damage on your rival racers’ point totals. Starting with a field of 30 racers and casually whittling down the competition as you race is shark-esque. It’s Tiburonean. It’s hard to eliminate a fellow racer. You have to bash his craft into the wall, or do a spin attack. The spin attack changes you into a power tool for a few seconds. Ostensibly, you “are become fucksaw, The Destroyer Of Worlds.” It helps you smash your opponents to shit and it also helps you take absurdly-sharp corners. Depending on what you’re driving, your car can be somewhat floaty in its controls, it is a hover-vehicle after all. The spin attack pressures you with absurd down-force (or something, there might be some mythology behind how it works) and suddenly your car is a table-mounted disc-sander wrapped in double-sided tape. The difference in friction is so dangerous that you absolutely must know your car, the track, and the competition intimately.

If you take a corner, hit the spin-trigger, hug the hairpin, and smash a few rivals, it’s sensational. It ignites your senses! The cars are tiny compared to the size of the track—giving you ample room to maneuver if the whole field is clustered together—and you’re always wowed that you can collide, let alone smash, your fellow racers at 1500 km/h. When a car dies on track, it loses all friction but maintains its speed, so the most common thing you’ll see is this black, burning ember ricocheting helplessly between the walls before eventually stopping. The busted cars stay on the course for the rest of the race too, so there’s a chance these poor fuckers might be hit the next lap. That’s fantastic continuity. You’ll be coming around on lap 2 or 3 and see the smoking wreckage and think, “yup, I orphaned that guy’s (or lady’s (or alien’s)) kids. Good.”

And you don’t care! You can’t help but become a villain in F-Zero GX. The game will step on your neck and take your ear as a trophy if you don’t. F-Zero GX makes you mean. It’s a game that’s hard in a way that the only chance you have is to get mean. That’s what good competition does to you. You’ve got to hate losing. There’s no helping hand, no grinding, no upgrading, no guidebook, no way to out-smart, no way to cheat. You can out-cheat though. The entire game is cheating because there are no rules. The entire thing is just there from the beginning. Your progress is measured in your ability and your victories. The victories might be leftovers, they might be full meals—you’ll take what you can get.

“Go fast in your hover-ship for three laps.”

The game isn’t good until you get ruthless. It’s a cocktail of pure skill, self-loathing, cheap gin, and dehydrated bull semen.

Are you willing to sacrifice it? Your pride, we mean. This game will make you rethink your morals. It’s a moral oil-change. Cram a lifetime of emotions into one race. Cram your youth, your anticipation, your thrills, your love, your career, your naiveté, your fears, your downfalls, your malice, your identity, your triumphs, your shattered dreams, and your answered prayers. Cram a thousand lifetimes into a moment of leisure.

Previously: 10 Vital Reasons Why Winter Is Better Than Summer