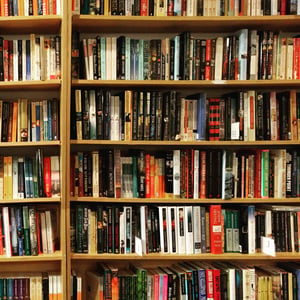 Published in 1906, Upton Sinclair's work remains a vital piece of writing about the ills of wage slavery. The atrocious conditions inflicted upon Lithuanian meatpacking factory workers is heartbreaking, made more so by a backward desire by some to see such labor structures to return to a capitalist economy.

Look, the book turned out to be so fucked up, the socialist newspaper that asked the author to research actual factory conditions advised to keep it from publication. It had to be self-published four separate times in the twentieth century alone.

And now, it joins the ranks of hundreds of free books to read online.

The Picture of Dorian Gray

Now we get into some debauchery. Lucky us, if British people weren't traditionally afraid of a mention of a shadow of a scrotum, this story might not have achieved such cultural penetration. The story is all about hedonism and beauty. A painter is inspired by Dorian Gray's beauty that he feels it has redefined the artistic landscape. There's some soul selling and some amorality, and a little bit of magical realism involving the painting.

It's a study in sin and its impact on the soul. Good, light stuff for the summer!

Look, it's Oscar Wilde. Second, it was banned in the 1890s. Can you even imagine? And now it's one of countless free books to read online!

Yes, things were tough in Saint Louis, Missouri in 2015—I mean, 1845 Victorian England. There is an endless supply of hellish sadness in Wuthering Heights, I honestly cannot recommend it enough (though I prefer Jane Eyre, but that's just me).

There's so much crisscrossed loving and brutal mistreatment of the characters, whether Healthcliff, Catherine, and Linton, you'd think you were in Westeros, if a cloud-shaped dragon floated by. As a final note, Emily Bronte wrote this when she was 29 and then died a year later. Hardcore.

Like Jane Eyre, don't dismiss Wuthering Heights, or any of the other free books, on this list as chick-lit romance. Get it!

Hoo boy. Time for a heavy hitter. Yes, it might've been stolen from the Italian Decameron. But it also invented writing in trashy vernacular, which the English language so desperately needed.

Divided into 24 short stories, some in prose, some in verse, I recommend at least buckling in for The Knight's Tale and the Wife of Bath's Tale. It's all written in Middle English (not Old English, but still), which means you'd be best served reading it aloud while wandering through a meadow for the full effect. Nevertheless, this is the advanced-reading text. If you want to see the building blocks of English literature, this is where you start—lucky you, it's one of the free books to read online featured on Amazon's Kindle app.

If you want to read more about Ghost Little's own growing library of free books and original fiction, click the big image below and get yourself a taste of indie creative culture.