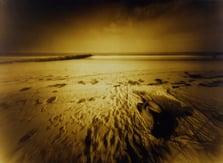 “You have done Christendom a great service,” the Prince said to Layla once they were alone in the tower. Delirium dwindled from Layla’s eyes. She mopped battle grunge and shock off her face.

At the Prince’s bidding, two uniformed men set down a chest heavy with coin. They returned two more times with additional chests to complete the payment. Zachary knelt, hands to his knees, head bent over the covered body of the bloody Akhet, dead where he lay.

Chemos wheezed in his instrumental voice under the net. Every few minutes, Layla pumped quicksilver vapor on the angel, exposing its form to the Prince and Zachary, so they could see what Layla saw plainly.

“Sorry about the mess,” the Prince said, wiping blood from her forehead. The color still had not returned to her face. “But if you don’t deliver this coin to Led Píl the Druid of Scapa Flow in the next fortnight, underpaid men will scrape you two off the walls with a bucket and brush. You’ve completed your mission. You’ve won your lives. Go pay your pagan debts.”

The Prince stepped to Akhet’s body. He motioned Zachary away.

The Prince shrugged. He keyed on the eyes of the formless angel. He punched Chemos squarely. Satisfied, he hit him again and again.

“Majesty,” Zachary said, trying to restrain the Prince. “Enough for now. The Ark is safe. Your bride is safe. I promise you, he is secure.”

“Take your hand off me, sodomite!”

He nearly said something more when Chemos began to speak. It was a flinty, pitched noise, resembling an intentional wind through a tiny pipe organ. Layla knelt beside the angel and listened. The men remained quiet to let her hear.

“The Ark must be unmade,” Layla whispered. She listened further. “...Lucifer is amassing a hidden army.” Chemos spoke more. “An army from within. Armageddon…” Chemos struggled to go on. “We must unmake the world... Armageddon…”

“They mean us harm,” the Prince growled.

“I’ll do you fucking harm, you cunt!” Zachary shouted, on his feet suddenly. Layla looped her arms under his, crying, holding him back. “I’ll launch a minor Armageddon on you!”

“Stop. Stop, please, Zach, stop. We have to go,” Layla said. “By now the Pope—without a Vocalist, without Akhet, we’re unprotected. We’re ronin. We have to go.”

“Page.” The Prince addressed her. “Kill the thing.”

Layla unwound herself from Zachary. She flicked a coin at Chemos. It passed straight through the bound angel’s body. She shrugged and forced mirthless laughter.

“Please. Dispense your expansive pedagoguery and detail how I should kill an angel. Do you suggest I draw and quarter him between horses? He’s ethereal creature of the Void Formless, Majesty. It’s as if you ask me to kill a handful of spun sugar? Hmm? Or to kill jealousy? You don't kill angels. They escape. Otherwise, I’d have killed Chemos in Africa.”

She lifted his chest of coins onto her shoulder. She looked at Akhet’s body and hurried toward the exit, whispering nothings.

“We contained him. Now you must do your duty and contain the Ark. Above—all else.”

In Layla’s refusal, the Prince flew into a rage. He battered Chemos with his fists. His exertions echoed down the corridor.

The angel cried out under the assault. Its wheezes became weeping honks. The noise grew. Then, they became too pained, falling quieter. The Prince would not cease until he was alone with his own racket, panting and drained.

It was a simple maneuver to throw the Prince off the bound angel. Layla held him against the wall with a look and a pointed finger.

“Cease this,” she commanded in the same steady, ashen voice. She wiped at the corners of her eyes. The Prince tried to breathe. He hiccuped instead. “While this angel has caused my life no end of trouble, it remains a living thing. A thing with enough—spit and soul to feel cruelty, and confusion, and it communicates that through pain. You’re incapable of seeing him, so you lay your hands upon him? You hit him but you don’t feel him.” Layla expanded his fingers and touched them gently to the Prince’s chest. “You are a smug man. Do you know what that implies? That you feel terror in your soul. I know because I see it. Yea, my Prince, I see it—deep near your body’s center, blue as counterfeit sapphire, soaked in the bile of spiteful memory, your soul dwells. And it quails with fear. You are a gaping hole, my Prince.” Layla exhaled hard. “All horrors enter this world through men such as you.”

She chopped the Prince in the throat. He gagged.

Mind made up, Zachary lowered his reward beside Layla’s discarded chest. She dragged the limp angel from the tower.

“No,” she said to Zachary as the Fuser lowered his box, too. “We take what’s fair. We did the job. We’ve suffered enough.”

“You’re setting him free?” Zachary asked of the angel.

EIGHT | To The Sky

The Prince rediscovered the rebellious Page and Fuser at the end of the cathedral bridge. Zachary already had a balloon bound to the angel’s net, hovering in place from a green flame’s encouragement. Chemos’ returning strength meant loud protests in his wheezing language.

“What—what’s he saying?” the Prince demanded, hand to his bruised windpipe. “More about Arma—”

“He’s unrepentant,” Zachary repeated, smiling. Taking a kunai, he pinned a scroll to the angel, ignoring its cry of pain.

“I have already sent a dove to Pope Theodora,” the Prince said. “She will—”

“ ‘To the soul who relieves Hannibal Akhet-Rea of his manhood,” Layla interrupted, reading a scroll. “The reward shall be their weight in gold. With honor, Her Holiness, Pope Theodora.’ ” She shot a short, stinging breath from her nostrils. “We emerged from the wilderness, risking Theodora’s wrath, to protect the Ark from your arrogance. Now I must ask—how much do you weigh, Majesty? In my estimation, you’re likely the softest and lightest of all the men, beasts, and choral creatures already baying for my blood. For Akhet’s blood. And yet, you’ll be the one who collects his bounty, now that he is dead.”

Zachary made the final fastening to the net. He cranked the fuel dial. Green flame sent the balloon and the netted angel out of sight, skyward.

“I can’t kill an angel,” Layla said as she pressed the scroll with Akhet’s bounty to the Prince. “But I can kill you, Majesty. Not long ago, I looked upon an African sky the very color of man’s inhumanity to man. But I will not perpetuate that inhumanity onto you today. So I shall leave, before I transform that head upon your weak shoulders into a dead man’s head in a fucking basket.”

Layla and Zachary loaded their packs, leaving the Prince in his silence. The countryside’s calm was welcoming. They stepped with purpose among the white Mediterranean rocks.

“Think sensibly!” the Prince said. At last, his voice had steadied, and that paused the young travelers. “That angel, Chemos, he is an agent of evil.”

Layla shook her head. She parted with only a slight answer, “Angels cannot be evil. They are willful creatures. Angels cannot lie.”