The Guide to Ghost Little's Shared Universe of Novels

The stories were initially just that: stories. During their writing, the stories began to speak to each other. Formerly merely short ideas, the universe expanded.

The idea was not only to give small ideas life in tiny books for easy consumption on the go in a modern life, but to lash those ideas together by a continuous universe. While The Arc's stories sometimes reference one another, they never does so at storytelling's expense. The Arc requires no homework of the reader to fully enjoy.

These five separate stories each occupy a unique written genre, each a unique invitation to readers with personal taste:

\\\ We publish books unified by a single thesis: energy.

The first—and now-apocryphal—story in The Arc was The Stonecutter. It was about a man lost in a tiny boat in a sea of sweet water and no horizon in any direction. It founded the idea for future stories: these are stories about energy, and how humans interact with energy in their lives.

Inspired by certain film directors inadvertantly connecting their work within a shared universe, at least themeatically, we let the stories inform and speak to each other. They run on the same energy.

With that seed planted, The Diffused States of America followed. It didn't exist in The Arc's chronology upon inception. Later, it occupied a place near the middle. Diffused States nonetheless keyed on the idea of communal energy. In the book's troubling future version of America, bred out of the 2008 global financial crisis, Diffused States concerns the divisions from technology, an unwillingness to live in a community, and the levels of existence individuals are willing to accept in pursuit of misinformed liberty.

You might ask: where does energy play into that story? The villain of Diffused States is autocratic groupthink: the mind-numbing substance called "Grove" within the story. In reality, Grove was the malicious, destructive, sentient energy being, Vychen.

Soon, Vychen began to appear in other, unrelated stories on Ghost Little. The Arc began to come to life. Vychen's commanding, dominant energy overran the animals lurking in the bay offshore in The Scarlet Tenant, formerly just a monsters-and-ghosts story. Vychen became the maddening poison staining the doomed journey into the Andes in The King North of the Sky.

Nobody was certain where Vychen had come from though. It was destructive. It was inhuman. It was alien to mankind, and difficult to understand, that much was for sure.

The answers lay in Godsource and Suns Go Dark. Malice like Vychen comes from a mysterious, impossible place beyond standard reality.

But it still exists within the same timeline and share core themes.

\\ Ghost Little is storytelling on demand. 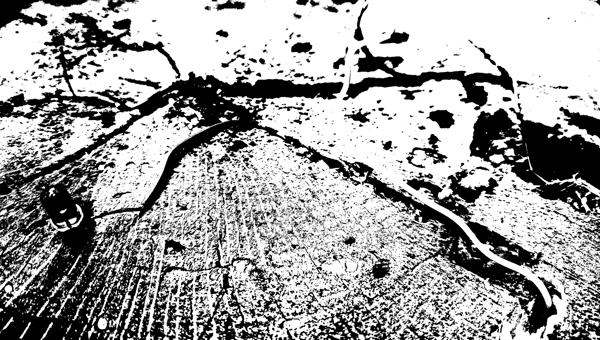 Ghost Little's shared universe was necessitated by a villain as cruel and impossible as Vychen. It was a challenge to imagine something both inconceivable and motivated by a recognizable force. Vychen is the destructive energy all people feel: the desire to exact control, to lash out, to secure your existence for as long as possible.

Vychen wants to keep burning. That's all it wants. The Arc's stories share that common villain, even when it doesn't always go by that name. Vychen is any dominant, establisehd forces that would wreck creation to extend its life for just a little while longer. Vychen is the refusal to die when it's time, given form.

Imagine all the stories you've read that involve an entity in society that refuses to recognize it's outlived its relevance? It isn't wholly unironic that these stories be printed on bare words in books when movies, Netflix, and Game of Thrones dominate the creative zeitgeist. Still, Ghost Little is beholden to no pre-existing mythmaking force.

Ghost Little is five stories in five genres. They have a chronological order, but they do not demand to be read in that order:

This is the soul of a shared universe. It's the interconnective energy. Energy that wants to grow, for good or for ill.

Next up: Jimmy Fallon is a Comedy-Traitor

Previously: Asking a Millennial: What's a Cool Car Look Like?