Where Does A Voice-Activated Future Lead?

There were so many warnings about the dangers of technology while I was growing up. Virtual reality was a coward's vacation. A.I. would one day kill us all. Our self-obsession would become our only selves on the internet.

Now that Google, Amazon, Facebook, and Microsoft are literally building these future-devices and softwares, do we welcome them?

Convenient, true, but when information is dictated by a billion dollar company, what is the truth?

Learning chatbots are very popular in May, 2016. Slack has open API's oozing out its pores like a Nickelodeon pre-teen. Facebook has them built into its Messenger and WhatsApp (much more popular outside of Amercia) apps. Google has announced learning bots in every project they're launching this year. They'll start sponging up your habits to anticipate your needs. It isn't artificial intelligence yet. But it is the most transparent demonstration that above all else, Google remains a marketing research and advertising company.

I have an Android phone, an Android tablet, an Android smartwatch. At the start of 2016, I began a new job to run a holistic company program, and was curious how one of the most interconnected companies on the planet ran its ecosystem. I chose Google's environment to study and play in. I experimented with all of their apps. I've kept a keen eye on their product development, observing their potential missions and goals.

In this instance, I'll point out the Google Home device. It's a response to the Amazon Echo. These are little speakers you position in a central location in your home. They are always listening for you to speak with them. Ask them questions, request tasks, assist you in your interconnected existence. 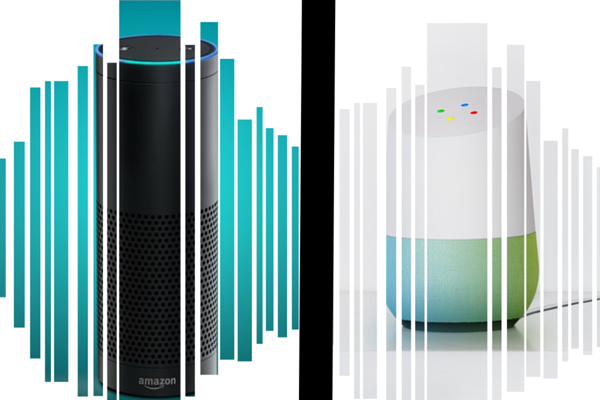 Does my quality of life improve?

What is the balance? How much data do we freely give to Google or Amazon before it's more to their gain than our own?

Has it already happened? Would we have to be idiots to trip and fall into their marketing traps? Is this just removing the barriers between us buying things we truly need? Or is it a man-dug canal to let needless goods flow into our homes?

I imagine a far-off scenario where a privately-owned network of devices makes living, labor, and communication so efficient that America's population spreads across this stupid-giant landmass. Property prices are driven down. Roads are less-traveled. The main utilities for living are streamlined, finally updated from the 1950's infrastructure we live in. The main functioning companies are the ones maintaining cable lines.

It isn't a world of leisure though. Not everybody will be capable of living here, despite it potentially flattening the middle class to a formerly-unimaginable level.

All because we wanted to order Ubers via voice-activation. This is speculative, of course. I've watched how people buy things and interface with technology for my entire life. Experience suggests that people will seize the first solution presented. A voice-activated home, streamlined by device integration, makes hundreds of obvious decisions for them with zero effort.

One answer, one truth, is much more straightforward to maniupulate than the cumulative knowledge of mankind. Which do you think Google would like to be responsible for advertising on?

For more speculation, Ghost Little's free book samples, including Diffused States, are available for download below!

Next up: Free Books — Why Your Marketing Needs a Target Audience

Previously: The Call of Duty: Infinite Warfare Trailer Is One Of The Most Disliked YouTube Videos In History, And That Doesn't Matter