The NFL Wants All Your Money And Colin Kaepernick Was Right

Formerly-marketable San Francisco 49ers quarterback, Colin Kaepernick, chose not to stand during the national anthem prior to an NFL preseason game. It was a gesture to illuminate the racial inequalities in America.

The 49ers delivered a very measured response to Kaepernick's gesture. The NFL's official statement was also quite plain, "players are encouraged, but not required, to stand during the national anthem."

And that was the last anyone heard of—oh, right, fragile, bloated football racists can't interpret any act of defiance to Americana as anything but an attack on dad, Fido, democracy, and their ninth-grade schooling on FREEDOM.

END_OF_DOCUMENT_TOKEN_TO_BE_REPLACED

How Bad Media Marketing Is Ruining A Generation

I want the Xbox One to fail. It's a gooey and black taste coating the inside of my mouth when I read about what the marketing is intending this hardware to be. A centerpiece for people that use the term "man-cave," usually shouted, who then high-five, cuddling with their hollowed-out tree trunk of endorphic validation. Then they mow the lawn, thinking, "I mean, I just want to drink A LOT of beer. I like beer best when it's cold." A quick trip to the store, and they've got chips, frozen corn, a whole rotisserie chicken, and an 18-rack of Miller Lite.

These middle-aged white-boy dad-types with string-cheese personalities and hyperventilating helplessness are tragic. They hate / fear / hate again their wives. Their wives don't understand them.

But do these men actually exist?

END_OF_DOCUMENT_TOKEN_TO_BE_REPLACED 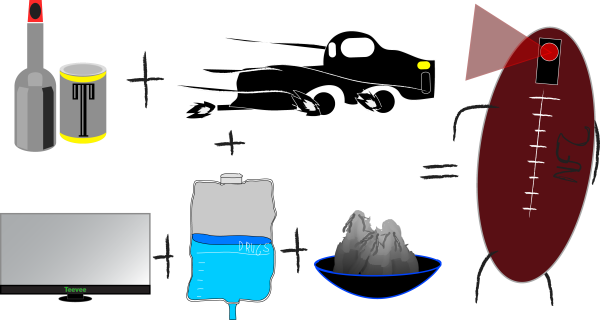