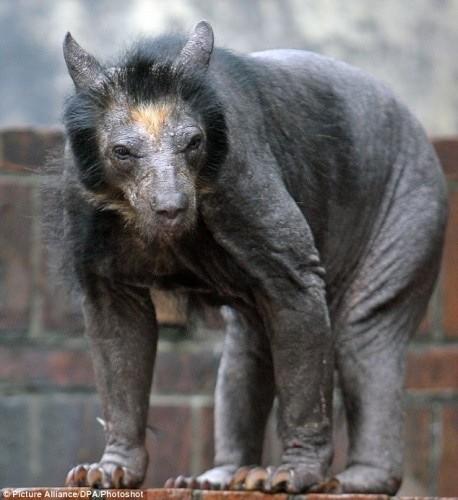 There are kids that aren't in kindergarten that have broken more iPads in their lives than I've owned. That's easy to do, because I've never had one. I'm not bitter, it's a bigger, more spiteful emotion. Like most parents, I bet these iPad-breaking kids' moms and dads collapsed into bed one night, and before gravitating towards That One Dream, they mumble, maybe to themselves, maybe to nobody, "gonna get that kid all the shit I never had."

That way, they won't end up like you, right? A failure and a fuck-up?

I hope those kids' iPads stay broken. That way they don't have to live in the Internet. It sucks in here. It's too hot and there are these messed up animals everywhere. I think they're starved wolves? Maybe shaved bears? Whatever they are, them dogs are running wild. It'd be nice to avoid them. Luckily, it's the summer, and that's as good an excuse as any to unplug from the Internet's digital slap-fight. I did this by accident over this last weekend, maybe because the information-chugging that my day normally is wasn't a priority when I could actually go outside and smile at the sun. I recommend it!

1. Generic ad-vid links telling me I already have cancer, or that Obama is going to sneak into my home at night and knock up my granddaughter.

Don't go to weather.com. It's a pediatrician's waiting room. It's reading the newspaper in a broken elevator. Holy crap, do they know their audience. They have these tabloid-style links on the right rail with terrible photos and worse headlines that make me want to regrow my appendix and return to a sub-human state. Are you worried those young punk-kids are getting too close to that cliff? Isn't that fish / dog / rhino kinda a freakbeast? Ever worried that a black man might become president and something-your-mortgage-economy-war-bonds?

These generic bait-ads are funnier examples because the ones on other sites are just underboob, or boob-of-choice. They probably robbed your grandma. The guy that designed these ads probably went to your high school and probably has a picture of a fifteen year-old you sleeping -- guy or girl, doesn't matter.

That was a joke, hopefully, and these scary things will never happen, but if I were you, I'd run away to Romania and get good at trapeze, just to be safe. It's a great cover-story. I sure as heck won't miss these ads.

2. Reading blog comments is like being chased by feral mega-fauna ducks that you just want to feed breadcrumbs to.

Yeah. Blog comments. We're going to deke the irony here for a sec.

This image to the right is actually one from my Final Fantasy XIII-2 review.

Look, most blog comments are intended to be time-bombs that spray glitter and lube everywhere on the next guy through the door. They're either there to offer morsels of identification with whatever has been written ("I agree, this story / movie / sports athlete is great.").

Or it will be a dissertation, written with ink and exacto-knives, passive-aggressively floundering towards an argument against logic. Blog comments are water-wings for people that won't (REFUSE TO!) learn to drive stick. Disagreement and constructive criticism in a comments section is one thing -- making us review a photo album of you drinking your own urine through the years is another. Metaphorically.

It's 99.95% toxic. It can mutate a normal kid into a jerk, like young Scott Summers becoming Cyclops. They aren't vital to your well-being. Avoid at all costs in the summer months.

3. A microscopic gaze into other peoples' summer travel plans is uncomfortable.

People are so technically everywhere. What's sad is that there's a subsection of us, people, Millennials, whomever, that have turned our own lives into very focused issues of Teen People Magazine. Social networks star you, and the like-minded. I bet it was all accidental. Our influence on one another is vivid and obvious though.

What, some rotten, barmy motherfucker went boating around Nantucket? I bet he can't even volleyball! He probably doesn't even like badminton ironically.

I spend a lot of my day trying to ignore people that I'm legally-forbidden by American law from kicking in the mouth so hard they shit teeth. Zero incidents so far! It's actually pretty easy, all you have to do is not kick them. But when you carry these people around on your Facebook feed, thank god they're usually a few thousand miles away. Otherwise, ya know.

In the summertime, I'm trying to unplug and keep my ignorance to their existence at an appropriately-low level. They probably don't think about me, either, so at least we have an accord there.

4. Numbers, in all respects, shouldn't be important in the summer.

You're not really important. Not in a mathematical way.

Dates, times, degrees in Fahrenheit or Celsius (if Kelvin, then consult your local physicist, because something is terribly awry). The best time during the summer is Island Time. The best answer to, "how many days left in the week?" is "I don't really remember."

Put distance between yourself and numbers. Go commando. Mathematically -- or otherwise, I suppose, if you're feeling fancy or daring. I just like getting away from clocks, and Twitter followers, and Inbox (2). That's not something we should be worrying about. So when you disassociate with numbers whenever possible and eat some fried clams. That's your reward.

Give up. Go learn to paint. Get some clarity. Stop repeating the same pictures of cats that somebody else took in 2008. Stop trying to make people laugh, and actually focus on being unpredictable.

"What the hell? Lookit that gif from Citizen Kane! That's so random!"

There are times when you're scrolling down a new story, maybe with your middle finger on the mousewheel, or with the PgDn button, or by hitting the spacebar -- which works, you know, try it, and then hit SHIFT+Spacebar to scroll up -- and your eyes are scanning the story, and you slow down long enough to either go, audibly, with your mouth:

1. "Yeah, hell yeah, fucking hell yeah, thanks for noticing this too."
...or...
2. "Fuck you, I noticed this silly inconsistency in our culture first, quit acting like you just dug up rubies while fertilizing your windowbox with cat shit on a hot Tuesday morning."

It might be tough, author, knowing that your dad is still ignoring you, and you might have focused that hurt into some artistic craft, or at least a better vocabulary. It won't make you happy though, professional snarkists of Buzzfeed, Cracked, Gawker, Grantland, Thought Catalog, and all the rest. If it could make you happy, all that venom, and wailing, and dissatisfaction, and comment-baiting, it you would have become happy by now.

Unplug this summer! It's for your own good.

Next up: Pacific Rim Is One Of The Best Summer Movies Since Independence Day