Whiny Questions, Simple Answers no. 3: Why Do They Keep Making Bad Videogame Movies Like Warcraft? 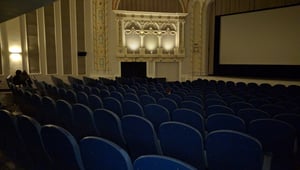 The Warcraft Movie Is Well Crafted?

Yes! And It was made because videogame movies carry brand recognition. Brand recognition is the most valuable commodity in entertainment today. Why do you think Bachelor spin-offs keep getting made? Because it's somebody's passion? No. Because a million and one people tweet about it, furthering its mindshare. Also, it's cheap to produce.

And the same often goes for videogame movies. There are sales figures attached to a videogame. A videogame might have sold a certain number of copies, so to a movie studio, this suggests to a movie studio aiming to profit from their products that the brand awareness of a certain potential audience can deliver a certain return on investment.

The videogame's name is the purchase. However, that is often all that can be synthesized into the film medium. In function, film is about story, visual, and audio. In function, a videogame is about prolonged mental hooks, community, and the brain-friction a player feels as they grind and bounce against the game world. It's almost impossible to keep all players on a straight path in a game. Each mind engages with a game world differently. When all those minds are queued up in a line for a film adaptation for a game, it doesn't work.

Whether this will continue to be true as time goes on remains to be seen. Film studios have calculated it isn't worth their time, effort, or "talent" to think too hard about adapting their videogame properties into a movie, so the answer is to produce a lowest-common denominator genre-film that appeals to few fans, and is treated like sharp stick in the eye by critics. They turn off the casual audience. Bad word-of-mouth turns off the fans.

The result is: nobody bothers to try, it's not worth the money invested.

Now and again though, the videogame movie adaptation is made efficiently enough, confuses enough people, or piggybacks onto enough brand awareness, and it comes out ahead. There are cases like the Resident Evil films that demonstrate they can be profitable, if still terrible movies.

On the other side of the coin, there is Warcraft, released last weekend. I saw it. It's the most faithful, loving adaptation of a videogame on film ever. And it's bad. It has awful pacing, it is a setup movie for a franchise that might not ever be, and it was raked over the coals by critics who hated it for what it was.

Were Warcraft better paced, given more time to breathe, edited with a keener eye, and not carrying the weight of a franchise on its shoulders, it could have been the movie. So there is hope.

Next up: Writer's Block Is A Myth