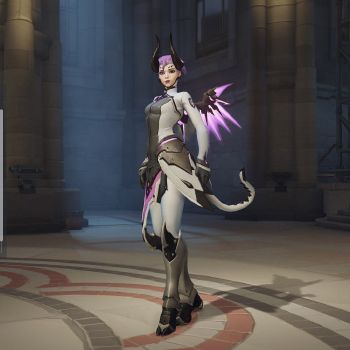 Overwatch's Progression System Is THE BEST

Overwatch has no character progression system. This means the points scored in a game of Overwatch do not contribute to abilities and equipment that a character is allowed to use in later matches. There are no RPG-style "unlocks" that became common after Call of Duty 4: Modern Warfare popularized this style of multiplayer character progression.

Up until 2008, these systems did no exist in multiplayer games. There remain marketplaces in Counter-Strike between matches, built as a strategic design element. However, strengthening a character over time in a multiplayer environment was inconceivable.

Local multiplayer godfathers such as Goldeneye, Quake 3, Unreal Tournament, and Halo swept the board clean between matches. All players started and ended games with equally-empowered capabilities. The maps were reset like a chess board.

Overwatch employs exactly such a tactic. There are 25 characters available to all participants at all time in Overwatch. They do not grow stronger as as player uses them. Their abilities do not expand as you play as them. The only thing you earn with your post-game points in Overwatch are "Loot Boxes."

Overwatch "Loot Boxes" can contain 4-5 random cosmetic changes that can be applied to one of the 25 characters. In gaming parliance, "cosmetic" means they are items that change non-game crucial characteristics, altering lines of dialog or the color of a character's pants instead of giving them a higher jump or a more powerful weapon. Continuing, which cosmetic items, such as skins, poses, voice samples, and more, are determined by a random number generator, or "RNG."

The question many people are asking is why this is entirely random. They are asking why they receive a costume for the gorilla, Winston, when they only prefer to play as the robot, Bastion? Cosmetic items often demonstrate a personalization or affinity for a certain character or play style. When the player cannot choose which cosmetic items they earn, however inconsequential to the game's outcome, they feel cheated.

They should not feel cheated. Here is the answer to their question:

Why are the skins and unlocks random? Because when playing Overwatch, you need to be comfortable playing Overwatch, meaning, you need to fill any role that is immediately required of your team. You can specialize. You can have a main character. You also need to give up self-importance and switch characters, as needed. It's intrinsic to Overwatch's game-flow. The skins and unlocks are enticements to try a character you normally do not use.

Overwatch randomly unlocking a legendary skin for Mercy did not frustrate me as a Lucio player. It was an invitation to try playing as Mercy.

The unlock's randomness welcome you into the game's furthest pockets. Overwatch was balanced with all characters considered and every cranny of every stage mapped out. The randomness brings you to the edge of the chess board and reminds you that you are not limited to playing the pawn or the queen -- you are both.

You are everything in between.

Next up: Launching And Iterating Is Perfection

Previously: What Do Random People Know About Muhammad Ali?