The Sea Comes to Shackleburg - XI 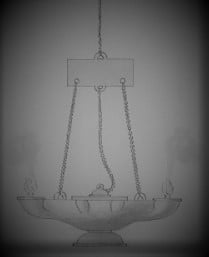 “I’ve never heard of the Oral History students practicing—activities such as these,” Jasper whispered to Francesca. The hall was dim and the only notable noise was the touch of thin glass against itself. And soft mumbles. We moved among the students, all seated with their legs crossed like Turks, some exercising straight-backed posture, while others were leaned against each other, sedated or altogether incapacitated by this mysterious action.

We were nearly to the corridor’s lone lit lamp. There, Francesca halted without warning, startling Jasper, and then my own heart thumped in surprise as he recoiled. Francesca put her hand toward the lit flame to sense the heat. She touched toward it with her fingers as if she were spinning a spider’s web. I examined the dank hall further. There were doors every few yards and I noticed then that each lamp was unique in shape, size, or style. They were unlit, save for the one beside us, but the doors were unmarked and identical, save for the map beside each one.

END_OF_DOCUMENT_TOKEN_TO_BE_REPLACED

The Sea Comes to Shackleburg - X 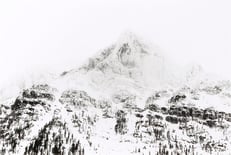 It believed it was late morning by the time Jasper and I departed the Orrery, though it was difficult to estimate the time at all. While I had witnessed night in Shackleburg, and I was certain it existed, the sunshine delivered such a virtuoso performance, I struggled to accurately guess how long we’d stood beneath that dome, staring at the wave. Professor Rakosi stayed behind to monitor and study the intruding presence. This was a somewhat righteous course of action. He would do us little good explaining who he was to every inquiring mind. There was simply no space for repetition, and Jasper and I were already weary of the idea.

We resolved we required greater knowledge of the Orrery and the school itself. Rakosi, bless him, was too fixated on his task, and also somewhat emotionally compromised on these subjects. Not to discredit him, but I doubted he knew the answers we sought, even under pressured questioning. Rakosi remaining in the Orrery for the time being was a mercy to all involved.

END_OF_DOCUMENT_TOKEN_TO_BE_REPLACED

The Sea Comes to Shackleburg - IX 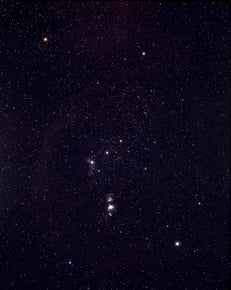 “What is this? What are these worlds and worlds beyond worlds?” I wondered aloud, still transfixed by the silver ribbon dwelling angelic over the Orrery.

“Is this projection accurate?” Jasper asked Professor Rakosi. “Do we trust the Orrery hasn’t been damaged somehow?”

“That is what I have come to inspect,” Professor Rakosi answered. “And the root of the collective disagreement at the heart of the New Chapel.”

I remained pinned in place by the accumulated glory overhead. This was no simple mechanical model of our solar system, nor a hallucination, as I’d rid myself of the possibility with a good night’s rest. I felt as though I was walking on air, and in the same instant, understood that it was not air at all beneath my feet, but a foreign compound that defied my narrow comprehension. I was ten steps behind. All that I had come to believe, and my capabilities, had gone absent in an instant. I was not secured, untethered, tossed to the merciless ocean of rippling stuff I could not name.

END_OF_DOCUMENT_TOKEN_TO_BE_REPLACED

The Sea Comes to Shackleburg - VIII 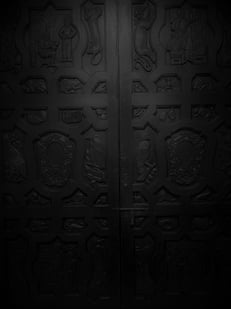 The students were stricken still in their chairs. Only a few mustered the will to head for the exit, the bell repeating its singular, low roar, again and again, over and over, as I took to my feet and navigated that tomb of thought. The others’ lips drifted apart, mouths gaping slightly like fish, eyes all wide and paralyzed. More, the bell thundered, as if its simple song could fill the hall, inch by inch, and drown us all.

“K.K., here,” Jasper mouthed to me from the door where he stood with some others I didn’t recognize. Blazing morning light collided with us once more at the exit and I was forced to wear the dark glasses. Here, the bell was not as loud, yet it was altogether more present. It shook the skin on my flesh. I felt it contract and hum, as if it breathed separately from me. Each crash of sound set my teeth trembling against each other and I could taste the texture of it searing along my tongue.

We encircled the pathway along the Fort’s edge, taking a light jog at the lead of another boy at the front. At last, the New Chapel and its belltower drew into view. It was a steady structure of stone and mortar dotted with tiny rectangular windows. Inelegant in its architecture, the thing reminded me more of a barn than a chapel, but it was large and mighty. In spite of its squat footprint just below the mountain peak, it loomed, powerful, unerring in its utilitarianism. A wall of the same gray stone surrounded the chapel with a pair of hefty doors seeming the only entryway to the grounds.

END_OF_DOCUMENT_TOKEN_TO_BE_REPLACED

The Sea Comes to Shackleburg - VII

I was roused from my first night’s rest in my Shackleburg dormitory by a knock. Morning had already come and I mumbled requests for patience as I tossed on my robe.

“Goodday, K.K.,” Jasper’s voice reached me through the closed door. “I’ve been asked to fetch you before the rest of these wretches leave a fellow comrade behind to starve while others fill their bellies.”

I opened the door to discover Jasper, along with Monroe and Ianto, and others whose names escape me at the immediate moment, but struck me as the decent sort when we met the day prior. I apologized for making them wait and asked they delay for just a moment longer.

END_OF_DOCUMENT_TOKEN_TO_BE_REPLACED

The Sea Comes to Shackleburg - VI

Persistence and acceptance were my only charges. To live as my luxurious birthright invited would be a simple task. I would never struggle, nor want for something soft or warm. At their most dire, my sufferings would be petty fixations.

While those who suffered, struggled, and died in my stead down in those mines—for their fathers were not benefactors of good fortune—destroyed beneath the fixed game of destiny, I contemplated why it was this way. What figure fixed the dice? What god of matter and science constructed such a mean and spiteful reality?

But I looked across Platavilla, her earth chewed and churned, and the men that labored in her wicked name. Never given enough to live. Never enough certainty to push away from the trap built by the man who arrived first.

My father came to this place before the others. With a lick of good fortune, he unearthed the silver vein, but before he did that, he killed the Natives for the land. Many hired hands under his employ died as he hunted for the first lode. Again and again he sinned in the name of his pursuit. Until, success. With his claim staked, Heinrich Keyes brought law to this place, and he called it Platavilla. He forgave himself of the necessary sacrifices in achieving good fortune, as if it were a thing one might forge with a hot enough fire.

END_OF_DOCUMENT_TOKEN_TO_BE_REPLACED

The Sea Comes to Shackleburg - V 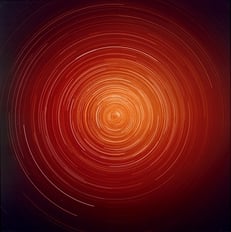 I have on several occasions thus far in my recitation of how I arrived at Shackleburg described the feelings of certainty—that a compulsory force informed my very being. I am, and must be, defiant of my world, or I shall suffer a non-existence. I do not express this credo as an applicable balm for all terrors plaguing each and every human heart. I know I developed these inclinations from beneath a firm roof, with a full belly, and unburdened by threats against my bodily existence. Furthermore, I will posit once more, I am not a great man. In fact, I am a young fool, even to this day. Nevertheless, I am certain I must carry on as a young fool until I am one no longer. If I do not do this, I am not doing anything at all, and if I do not assert that factual foolishness with certainty, then I shall cease in forward momentum and become that which I imagine most childlike idiots often fear—a wordless, repetitive failure.

Will I shrink, in time? Only if I do not grow up and grow out. That is how one becomes a thing that they once were not. To be a thing we weren’t is the best way to be.

END_OF_DOCUMENT_TOKEN_TO_BE_REPLACED

The Sea Comes to Shackleburg - IV

Shackleburg University, located in the town of Shackleburg, Colorado, was established in 1861, a mere thirty years prior to my arrival. That was also the same year the United States Congress officially drew the boundaries for what was then the Colorado territory. Records show the school was initially funded by money from the estate of Cirroc Shackleburg, a secessionist from the Vermont colony, who was killed following the seizure of Fort Ticonderoga in May, 1775.

END_OF_DOCUMENT_TOKEN_TO_BE_REPLACED

The Sea Comes to Shackleburg - III 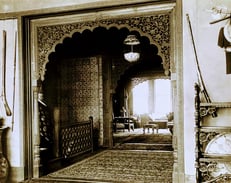 My new guide was a wispy young man. He kept his narrow shoulders thrust back in rigid posture and hands fixed in his trouser pockets. His face was a handsome carving, as if God had taken care to use a particularly sharp tool when knocking his features free from the earth’s clay. Nevertheless, he was tall and appeared healthy, in spite of his arctic complexion, no doubt a symptom of living at such an altitude here at Shackleburg. He reached down at last to take up the other handle on my trunk and carried it with me down a side corridor away from the Clock Tower’s main hall.

END_OF_DOCUMENT_TOKEN_TO_BE_REPLACED

The Sea Comes to Shackleburg - II 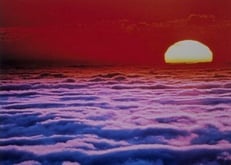 I awoke to an unfamiliar ceiling. Interpreting the room’s light was a steady task for quite some time and proper shapes only arrived when I found my elbows for support, each entangled with bedsheets of strict cornering and stricter starching. The next task was one of comprehension—iron bars contained my bed. There was no space for me to even swing my legs off the mattress. The cage extended from floor to that unfamiliar ceiling and the gaps between the bars offered only meager gaps in the gridwork for me to tease with my fingers. These caged beds rowed the room like a boardinghouse for birds, terminating at an exit and a desk bathed in morning’s light, behind which sat—

“Hello?” I called, alarmed at my voice’s pathetic first shot at contact. I swallowed my mouth’s remaining dryness and tried again. “Hello, can you hear me?”

END_OF_DOCUMENT_TOKEN_TO_BE_REPLACED
Previous All posts Next