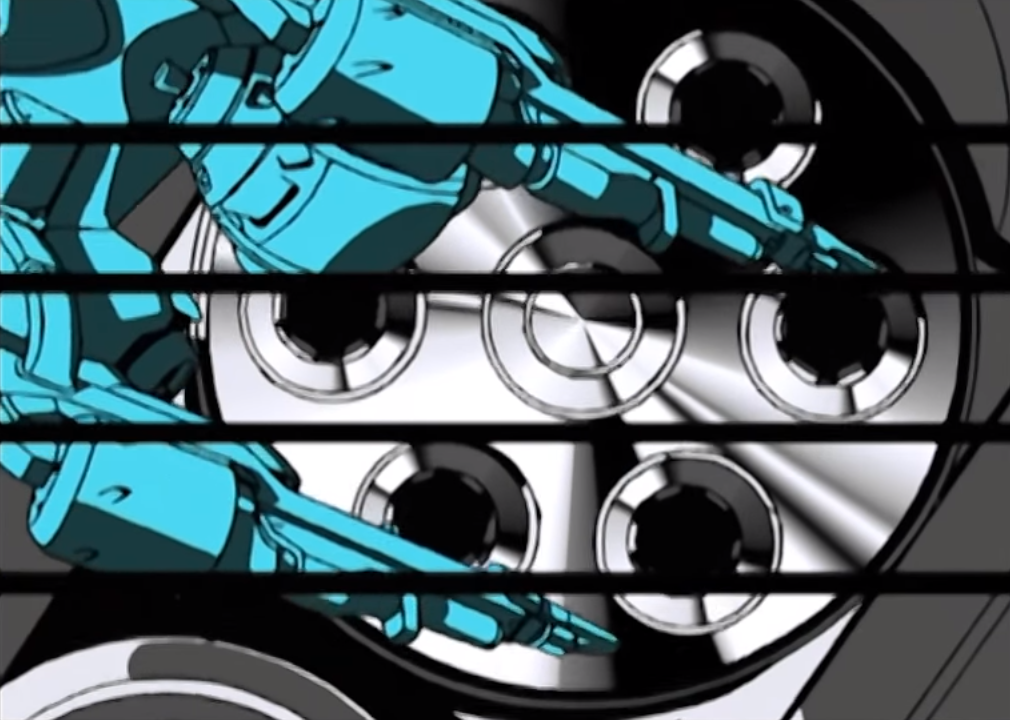 Writing a character to fit the world.

It was certain that we'd begin in medias res right alongside our exceptional protagonist on the ringworld / sun-factory, as was depicted in the dream. At first glance, the exceptional protagonist's gender wasn't certain. I estimated their age as early-20's, which would fit with the divided-society / science-fiction setting.

The protagonist is a sun-thief. They have a crew. They drive a cool, nimble spacecraft called the Eidolon. The sun-thief and this crew steal fragments and ingredients the factory needs to make the suns. The sun-factory encircles the planet below like an artificial planetary ring. The suns power and sustain the civilization that dwells on the sun-factory.

The factory's necessity is obvious.

A thief character fits in this world. It's a rigid, ancient, institutional labor-society. Aha, now we're getting somewhere. Say the protagonist thrives is a trader? The protagonist sells the gathered sun pieces to people looking to jet away from the planet and explore space. But since this sun-factory labor-society is self-sustaining, any desire to venture forth beyond the station or out past the dark edge is laughable.

There aren't many like this sun-thief. This is an exceptional protagonist. It's thrilling and romantic work in a day-in / day-out working civilization. The work is also very against-the-grain in Suns Go Dark's society, as is exploration.

Why is that though?  Because the protagonist is too old to still be working on the sun-factory. That's work for teenagers. People that've grown up and labored enough have retired to the planet below. That's the objective in this world.

If you go against that tradition of pursuing labor, you aren't much of anything, doubly-so if you're a thief.

How do we structure the novel's first chapter?

This is the crux of the free books to read online: we get to let our protagonist live a very complicated day and invite readers along. If they enjoy that first short stroy, well, great, the next chapters are ready and available.

The initial draft first chapter involves the protagonist masquerading as a jailer to spring any old teenager from one of the sun-factories to help with an upcoming job. That's about how it went in the future versions with one exception: the protagonist knew the teenager.

You can see the end result in the current draft over in the library with the rest of the free books to read online.

The protagonist is displaced, lost, and uncomfortable. He's just a little too old to still be working, weird as that might seem. He can't retire to the planet because he hasn't put in his time like the others. Most on the sun-ring are either middle-aged supervisors corralling teenager urchins to work in the factories, or they are poor urchins themselves.

I envisioned this as the outsider's perspective on young-adult dystopian novels. So much groundwork is laid early in dystopian novels and this fits the free books to read online format nicely.

I imagine our put-upon young urchins working in factories. The protagonist is flippant and dismissive of their caste systems and rules so common in YA dystopias. The factories are ancient, mysterious, and poorly-understood. It's impossible to maintain them as they were originally-designed millennia ago. Urchins must crawl into the factories' little spaces and fix things. The factories are part of our high-school allegory that everybody loves. Fortunately, we don't have to hang out there because this is a busy day for the protagonist and he and his accomplice need to be elsewhere.

Before escaping, we learn some rules about the world that the protagonist previously dismissed. We learn that the urchins are constantly tested for the placement in society, and our teenage accomplice may meet the most fated placement of all: they may be reincarnation of the long-dead Emperor of the planet below.

Per the dream, a select group of the high-school aged kids are sent down to the planet to engage in bizarre contests. There, the established, wealthy retirees living on the planet make sport of watching and criticizing each new batch of genetic candidates sent to compete.

The retirees guffaw: "Oh, kids these days suck. We'll never find somebody as good as the last Emperor." The kids are living, dying, and trying to impress this complacent ruling class. The retirees wouldn't know talent if it slapped them in the face.

Knowing this might be the fate of his friend, the protagonist attempt to persuade them to a more carefree life away from established norms. There is friction from the very beginning.

How are the rest of the novel's chapters structured?

Teasing what's to come, it's revealed colonies of people are living in the planet's deserts. They've escaped the competitions and are the Untouchable: without-caste sub-humans. They are not important yet.

At the end of chapter 1, two things have happened that disrupt our protagonist's place in the status quo:

Before we get there, chapter 2 is our flashback. It is a lore-rich segment exploring the protagonist's background. The protagonist once lived down on the planet in defiance of what the reader has learned in the first chapter. There are subsistence-living groups on the planet beyond the watch of the sun-farms, but for some reason, the protagonist ends up on the ring.

This is revealed throughout chapter 2. We learn the protagonist is a fan of this planet called Earth, the same way somebody would be a fan of an obscure YouTube channel. The protagonist follows its history and mythology as though it were a story, adopting some language and knowledge. This is a nice way to link Earth to this world, but it is not a huge factor overall. This is our Guardians of the Galaxy Walkman / soundtrack.

Chapter 3 is the immediate aftermath of chapter 1. We now know a great deal about the protagonist and the story can continue with the reader growing extra-familiar of what's going on.

We discover here that the Emperor's reincarnation has indeed been discovered. They go to the planet and engage with how this has changed the society and we get to see the protagonist discover what's change on the planet since departing. The protagonist will become involved with this change as the world begins reshaping.

I meant for chapter 4 to take place in the desert with the Untouchables. Too many science fiction stories are set in deserts though and we'll have already spent a little time there in the flashbacks.

In an as-of-yet-determined topographical setting, chapter 4 presents a vicious and violent segment. Our heroes clash with outside world's regime change set up in chapter 3. They feel now is the time to smash the standing society and kill the reincarnated Emperor. Maybe they want to leave the planet and go into space? Does the protagonist agree with this world-change? What about the invincible sidekick they discovered? What makes the Emperor special?

Chapter 5 is from the perspective of the reincarnated Emperor. We learn this person's destiny and why they MUST use the sun-farms. It's obvious the Emperor and the protagonist must meet.

Chapter 6 is the action climax. It involves fusion-reactors falling to the planet and space elevators coming apart in low-orbit.

With the general story outlined, I wrote and posted the first chapter as a free book to read online as a DRM-free file, compatible with Kindle and other e-readers.

In the next segment, I further brainstorm the protagonist and their impact on the world.

Previously: The Dark Tower is a Masterclass in How to Write About Yourself