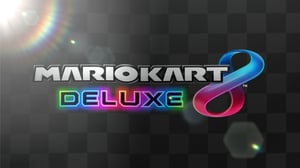 The Nintendo Wii was a momentary magic trick. While mainly just silk scarfs and white gloves distracting an unsuspecting audience, the system was potent reminder to lapsed Roman-Nintendophiles:

Since Mario Kart Wii launched, the franchise has vampire-fang chomped onto the crossover fanbase it seduced, refusing to budge. Now fat as a tick, Mario Kart has mutated into the Ur-Nintendo brand. Mario Kart 8 Deluxe on Nintendo Switch is debatably the series' best outing. That's where the trouble kicks in:

Mario Kart has become so competent, all that "Mario Kart" baggage is ruining its races...

With Mario Kart 8 Deluxe, Nintendo has consolidated too many systems into one game.

First, examine the systems piled atop this godfather of kart-racing:

no. 01) Select a driver—small, medium, or large
no. 02) Select kart parts—frame (includes four- and two-wheeled vehicles), wheels, and glider
no. 03) Begin a race—twelve racers on the track
no. 04) Hop and skid to powerslide—powersliding longer generates a bigger boost (powersliding on its own does not reduce your speed (vital))
no. 05) Touch item boxes to gather a random item—use them offensively or defensively, as necessary

no. 06) Hop your kart when going over jumps to generate an extra boost—and your character will do a stunt

no. 07) Collide with other drivers during the track's anti-grav sections—both of you will enjoy a speed boost after the collision

no. 08) Collect coins—with ten coins, your kart will be running at maximum speed
no. 09) Certain items will obscure your vision, including the squid—watch out

This is starting to sound like a lot. Can we just race?

Mario Kart 8, hey, you had me with the great racing system. All the drifting and maneuvering and shortcuts work wonders with this track design. It's A+++ grade-beef video game craftsmanship. It's a fine dining steakhouse experience, don't char the meal into oblivion and smother it in margarine.

Mario Kart 8 is an exquisite racing experience on the 200cc difficulty.

All those rules mentioned above abuse the game's wonderful driving engine. The anticipation on corners is jaw-clenching. The steady hand required on straightaways to hold true is a brutal thrill. The come-and-go greediness to squeeze another mini-turbo out of a powerslide is the balanced skill / reward that great games demand. Mario Kart 8 has a whole list of demands for you on 200cc difficulty.

I competitively ski raced for decades. I know a lot about what skillful racing looks like. Mario Kart 8 entertains a wild affair with high-class race culture.

Why does it have to end like this though?

Because Mario Kart 8 Deluxe is Nintendo's greatest living advertisement for itself. 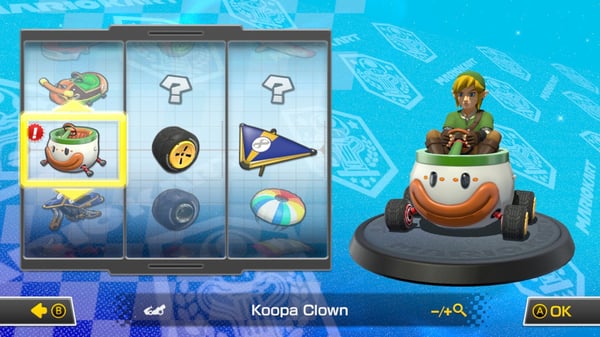 Those layers and layers of smothering systems, whether they are traditional Mario Kart item barrages or god-tier driving mechanics on the highest difficulty, are stapled to the Mario Kart BRAND. The Mario Kart brand is the most reliable vessel for Nintendo to deliver what they've made into everyone's homes.

This is is brand-management genius. This is content-pillar genius. This is marketing genius. It permits Nintendo to produce all the things they're good at, including art, fun, smiles, randomness, design, grippy friction, low-speed racing, high-speed racing, and self-congratulation, and slam it all into one sealed package that they KNOW will sell.

Because it's Mario Kart. Why waste an iota of development time to risk the possibility all that hard work won't sell, won't get into people's homes, or won't ever be seen or consumed?

Mario Kart is the greatest Nintendo ad to ever exist—greater than Smash Bros., even.

And all that need to be everything, to be Mario Kart, is getting in the way of the best part of Mario Kart 8: its phenomenal racing system.

Is it time to bring back F-Zero?

It'd be lovely if Nintendo could luxuriate in its wealth of talent. It'd be fantastic if it wasn't so darn perceptive toward what is a heavy time / money risk, and splinter off the teeth-clamping, high-speed driving in Mario Kart 8 200cc and return it to its rightful parents:

F-Zero. It's been more than a decade since F-Zero GX.

There's no force in nature, or in finance, that could compel Nintendo to revive their psycho-future racing series. This is a wild fantasy.

Instead, we'll simply have to live with this brilliantly-crafted Mario Kart game draped over a fine-tuned bone structure, itching for a real race that doesn't need to pat Baby Billy on the head for picking up a Joy-Con.

Next up: Free Books and the Democratization of Popular Culture

Previously: Yes, You Should Outline Writing Projects (all of 'em!)