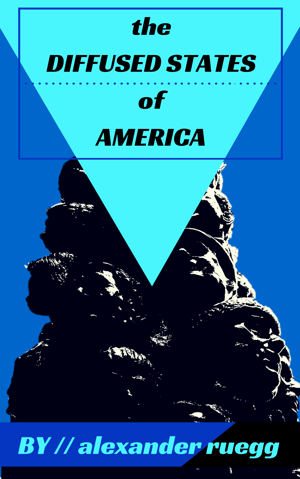 I'm a human, like you. If I'm being generous, I'm a dim light riding meat with feet. The only thing I love more than collective human imagination is my own imagination. If allowed, I'll tell a story that'll convince the world's population that we're pursuing a false vision of the future.

Now, here's the really neat part: this is already part of that story. This story isn't one story, one book, one photo or YouTube video, because a singular thing has edges. Those terminate.

Confused? You won't be for long.

The most successful written pieces on the internet are hot takes and clickbait. They move at the speed of unedited cruelty. They're a snackable product engineered to jingle keys in your face. While accusations over what is and what isn't a hot take or clickbait are a frequent anthems for whiners that believe internet comments sections were created by god for the expressed purpose of being the meanest person, quickly, the shareability and conversation the piece fosters would be reduced by 99% if the content's topic was something not part of the collective mindshare, instead of, say, 2016's 8th most profitable movie Batman V Superman: Dawn of Justice.

Now think about the YouTube content sphere—the people who do it for a living. Forget the beards yelling into camera on the thumbnails, the meager video after-effects, and the fact that so many channels contain the word "angry" or "rage" in their name. Forget that for a second.

What content are these people creating to attract an audience?

They're playing video games. They're reacting to news. They're talking about movies. And millions of viewers notice this success, realizing it's magnitudes simpler to hit those Like, Subscribe, and Comment numbers talking about pop culture fixtures people already know about than producing originality. A cottage industry the size of a skyscraper has grown into the most influential network of promoters and detractors.

But they aren't producing anything original. They're op-ed pieces at best and a clueless extension of a multinational company's PR team at worst—"sponsored content" is a conversation for another day though.

Some of these productions are proficient and necessary, forcing those creating to do BETTER work, and op-ed writing is frequently revelatory and insightful. Again, that's not the question today though.

Ghost Little, this very website, is fueled by a unified, shared universe theory.

So what are we to do, when we have an entire communication network like the internet and the only thing people want are reaction videos to the Breath of the Wild trailer?

\\ Continuity honors a love for backstory.

A shared universe like the Marvel Cinematic Universe—or MCU in common abbreviation—succeeds because it honors the characters' histories and backstories. Marvel are expert curators. They know if they produce a movie within their universe centered around a certain character, they make darn sure the backstory is honored, from Captain America all the way down to Rocket and Groot.

This is why the Marvel films are the most successful movies currently operating and why critics are rejecting the copycats at Warner Bros. making monumental creative miscalculations like Suicide Squad. Fans want their memories and knowledge of their favorite comics to be honored. Instead, Dawn of Justice has Batman shooting people dead. That breaks a fan's heart.

With that in mind, what is the equivalent of 75 years of comic book history for wholly-original storytelling?

The answer remains the same. Backstory, legacy, production, and honoring the fans' love for these things.

To bootstrap something original out of nothing with only an idea means transparency and sharing as much as possible. It means opening as many doors into this shared universe as possible and giving them reason to love being there.

\ Profiting from the three-act structure.

The story spanning formerly-unrelated films travels outside the usual boundaries. It becomes larger than the story told. In an era where the internet's limitlessness begins outside the pages: character conception and idea creation process, they're story now, not just DVD extras (a DVD, kids, was a disc that (never mind)).

That's all part of the story now. That's act one / phase one. The ideas phase of setting up where everything fits together and establishing the history that feeds up into the eventual product. The story's inception is part of the creative cluster, shared via social media, and honoring influences, and streaming a video brainstorming session is the story.

Act two / phase two kicks in when the composition begins. Iteration, drafts, and versions kick in. This is all possible in the internet environment. This is the grander story's action sequence. This is some, but not all, payoff in understanding how this story connects to the the other stories in the shared universe. It may end on a downer note.

Then act three / phase three is the ultimate climax. The final product is released and the audience can experience the canonized version.

That is the product that people actually purchase. The audience is already bought in with their time and devotion. The audience expects an experience beyond the actual product and you need to meet them there.

That's what you can't get in entertainment not conceived during the age of communication. I'm as guilty as anyone for loving old entertainment. I've gone so far as to write all about these things on this very website. I even included links to some of those old pieces throughout this page. It's very comforting.

What we don't do often enough is look within ourselves and understand why we adore the things we do. Why do we love old franchises? The answer is not because we grew up with them and associate the look, feel, sound, and story that reached us when our minds were the most pliable. The answer requires a more thorough examination.

Once you earn that understanding, you'll recognize your path is not to stare further into the past, but to direct your energy toward finding modern vehicles that reach your modern taste. You aren't the person you were as a teenager. That's a good thing. And it isn't a bad thing to love Metroid.

I just spent 15 minutes playing AM2R using a Steam Controller on a 4k monitor and I sure didn't hate having Metroid back in my life.

It isn't wrong to return to your old favorites. I will challenge you though. Expand your understanding of the creative universe. The landscape is changed. Stories and storytelling are different now. They don't always start at chapter one or when you flick the SNES on.

When you become dissatisfied with gigantic legacy intellectual properties leveraged for a greater box-office gross in the international markets, or you're too tired of the surface-level clickbat, and you need to practice self-care, go find creative individuals online. You'll find some interesting stories.

Next up: Wait, Who is The Last Guardian? (Or, Review the Evidence)

Previously: A Lonely Confession of Incompatible Passions (Or, Blow on the Dice)