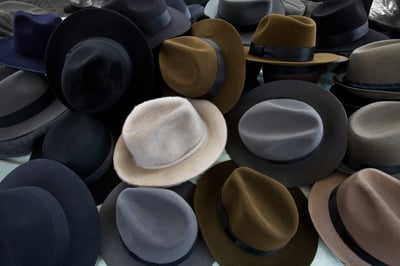 The hat, or "cap" has become a natural resource in flux in the United States, the North American continent, and the world 'round. While formerly a tool of destruction and creation in generations past, both shading farmers' faces and firing ultraviolet rays back into the sky in defiance of God's light, the simple hat is now commonplace. It is a casual garment.

Both men and women stride in casual step through the streets, day and night, wearing hats, unaware.

They are unaware that hats may in fact be really stupid. Let's investigate.

It is difficult to trace the origin point of when hats became stupid. Fashion experts date it somewhere around 1950 in post-World War II America. Hats ceased to be useful tools and began the ugly downward trend toward an excuse for bathing. Some researchers indicates showers were still being beta tested, technology seized during the Spanish Revolution, and the hat was a half-measure until it was perfected.

However it was not by coincidence that the invention of sunscreen occurred around the same time. What need was there for hats once the lotion went to market? That was the thinking of entrepreneur Jack Vanderblomen and his sons, Creen and Block, who would take over the company after Jack took a lethal tumble down a mineshaft.

To this day, Creen and Block maintain Big Hat was responsible for their father's death. The cabalistic head-dressing industry knew hats were becoming dumber. The powers that be wanted the sons to be too afraid to release their upcoming products.

Rich and poor alike wore hats. The market was a blue ocean. The hat industry meant to turn it red.

Hats were momentarily challenged by the rise of the home computer market and the common nerd who would not go into the sun, and thus was another non-hat buyer walking the earth. In response, the hat industry invented irony in 1995 in a collaboration with Canadian singer-songwriter Alanis Morissette. Nerdos the world over found it was funny to wear hats after that, even if they thought they were dumb.

The second blow in the one-two punch to cater to nerdos happened four years later. The hat industry jumped at a one-off partnership with Warner Bros. Pictures to help finance the science-fiction classic, The Matrix, facilitating the meteoric rise of sunglasses. Although this was only a 50/50 share, hats knew sunglasses and hats would be perfect complimentary pieces well beyond the popularity of The Matrix or its sequels, which they helped torpedo. 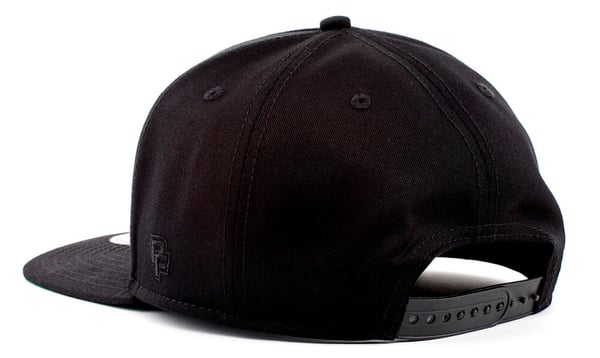 The hat industry would not have had to scramble for partnerships were it not for the 1994 baseball strike. The Montreal Expos and their team of hat-wearing athletes were on the verge of winning the National League East division. It would have been a gigantic cross-marketing moment, achieving huge presence in Canada. But the strike went forward and the remainder of the Major League Baseball season was canceled.

Canada has remained a weak market ever since, not counting the standard Canadian knit touque hat, which are homemade, and not counted in year-end hat revenue.

Were it not for baseball great, Ken Griffey Jr. inventing the backward hat, the hat industry would have been lost. His easygoing talent and penchant for casually wearing his cap backward during batting practice sent ripples through the hat culture.

Men mimicked this nonchalant attitude with their baseball caps through adolescence and well into their fifties. No amount of innovation from the skincare, hair gel, or general hygiene industries could unseat the backward cap as the head adornment of choice for the key 18-49 demographic.

The garment, formerly a means to keep sun off one's face, and responsible for millions of dollars of corporate espionage, now causes more deaths in America than traffic collisions and heart disease combined.

A modern man wearing any hat, cap, or crown, is 90% more likely to be killed in unanticipated, suburban hand-to-hand combat than a non-hat wearer. Furthermore, studies show that statistic rises to 93% of either combatant is wearing Oakley-brand wrap-around sunglasses, and then to 97% if at least one has a goatee and a sunburn.

Next up: Preparing Your Free Books For Distribution