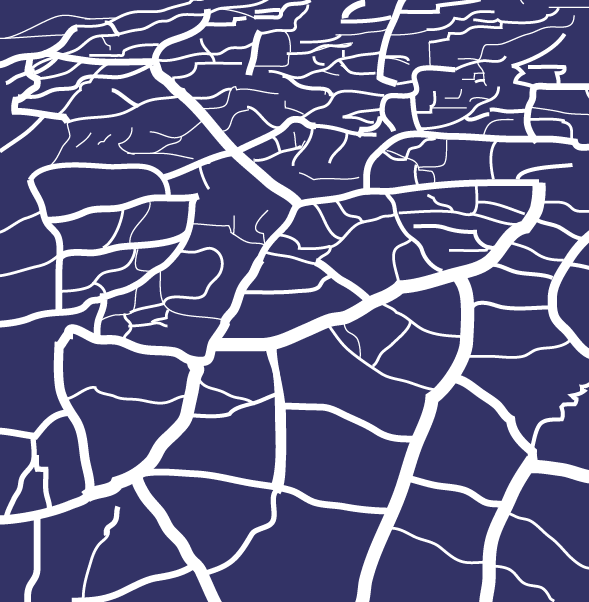 There are any number of studies you can find to explain the natural phenomenon concerning human isolation. Do you think they invented solitary confinement in prisons because it was nice-feeling? No, the human body physically needs interaction, meaning the body and mind can suffer intense, damaging anxiety without interaction. Seeing one's impact on another person, a smile reflected in another is a healthy example, is hard-wired proof that our tribe of humans might just make it through life's winter.

The United Kingdom isolationism, instead.

Seeing others like us, others different from us, grows us as a people. Thoughts rot alone inside without light from varied suns. To cut off from the world lessens our understanding of our own life. Why we are here. Why we pursue. Why we don't kill the person beside us over ideology or resources.

I developed the idea for The Diffused States of America in response to the 2008 financial crisis. Nobody had gone to jail. Nobody who caused it received any penalty. There was plenty of blame. The general population suffered. In that moment, I tried to consider a scenario that possibly COULD wound America badly enough to destroy it along ideological lines. The theft of thought and publication in total proof of all truth was all I could think of.

In the years since, with Snowden, Wikileaks, and Sandy Hook, the truth has been availed, but we didn't collapse. Maybe I wasn't fantastical enough.

The driving point of Diffused States was always how gigantic America was. Observe our continent from space and it's a gargantuan lump of dirt. We are to believe in all those climates, with all our tiny human legacies, and lessons taught, and battles won and lost, all of those people are to be governed by identical laws? In my pessimism, I imagined the fractures. The isolationism took hold in the story, cutting the nation into five chunks. In embarrassment, the world cut America off.

We cannot slip into defeatist, isolated husks. We weaken as a planet.