There are so many waking hours in the summer, it feels like it's all bad news

Summer brings about a hyper-consciousness in people. We notice more about one another. The air is warmer and there are more waking hours. The heat often keeps us awake, in particular those without air conditioning. This restlessness can percolate into longer nights out partying, or just wakefulness. That's more time thinking.

Again, it's about hyper-consciousness. We notice more on less sleep, impairing judgment, and that can make us think things are worse than they might truly be.

Kids are out of school in the summer. If you're a kid, that's great! If you're an adult, you might hate this or hate kids, or at least be suspicious of them. Or, if you're a parent, you might worry about them.

Then there's the chance of enviousness. If you're a person with a job in the morning trying to sleep and need to wake up early, only to discover others are awake, roaming around without responsibility, that might drive you into a fury. Why do they get to have fun while you lose sleep over work and worry? 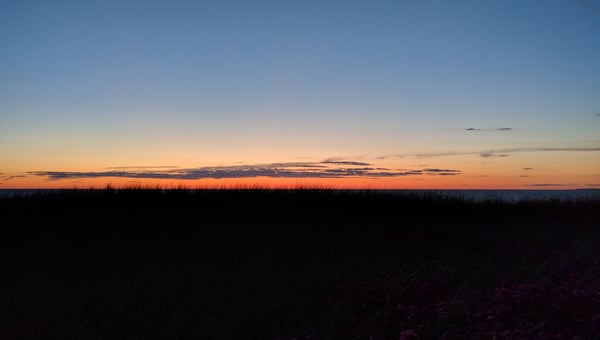 Furthermore, we've created a hyper-exposure to others' vacations during the summer. Because it seems like somebody is off on vacation on any given week, their social media accounts are extra-active. We're inclined to check them more often to see where photos are coming in from. Checking social media often has the side-effect of observing paid advertising spots from news organizations plopped onto your Facebook or Twitter feed. They aren't stupid. They know traffic on these pages goes up in the summer. They just want your eyeballs, so you'll traffic to their site, whether they're CNN or a movie review site.

Your thoughts are likely already tainted by the displeasure in seeing a friend on beach vacation while you're not. You're stuck in the office trying to communicate with a European client who has gone on vacation for eight weeks. Think it's hot in the US during the summer? It's even hotter in Europe. All of this goes double for Europe where unemployment and temperatures are even higher.

So we're hyper-aware, less rested, envious, constantly checking social media, lured into news stories about other hyper-aware, unrested, desperate vacationers trying their best to get the most out of their one week of real vacation per year, corralling their idiot children into a station wagon and racing all the other families across the country to somewhere else.

It all seems quite silly. It's just another list of reasons why winter is better than summer.

There is no greater case for buying an air conditioner and shutting down your social media accounts until after labor day. You're not missing much beyond some jerks finding reasons to hate the Ghostbusters remake or laugh at the Warcraft movie.

Next up: The Best Summer Movies no. 2: THE WARRIORS | A Walter Hill Film