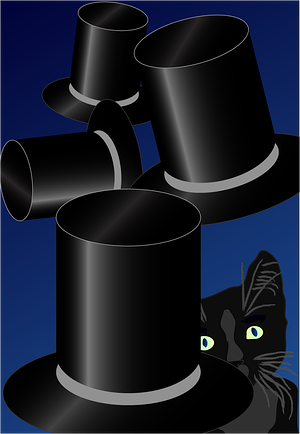 This movie is a Monet. It's impressionism. It's clearest when you stop squinting and you back away and you stop trying to examine it because as you examine it, The Prestige is giving you your answers over and over. Let it. In fact, while you're worming your way around the question, trying to match it up with an answer that must, by necessity, be as equally taut and coiled, you have all the answers you need. It is both question and codex, describing itself, and you, at the same time.

Christopher Nolan is cruel and he doesn't care who knows it. The guy is fairly humorless in his movies and that's one of his flaws. As a director, his grasp on the audience's reactions goes beyond the movie itself and he bats around expectations like an arrogant racquetball player. His characters in The Prestige, Borden and Angier, are cold and obsessive, assuredly like Nolan is, mystifying people because they know how to, not because it cheers them up. They have the ability to distract the gawking masses, and out of pity, these two magicians suffer for their art, probably more than they would have liked to. It's sort of a self-pitying sacrifice but the outcome is a warm amazement at the power our own minds have over us when we go looking for something and ignore all other possibilities in search of something complex. The search for a complex answer sends feedback into the simple question we asked in the first place, layering and warping it until its nigh-unrecognizable.

The Prestige is fairly self-referential, something we normally don't like because it places an invisible dunce cap on the audience, and yet The Prestige goes even further -- that dunce cap isn't its last trick, it's just more sleight-of-hand. In fact, the movie thinks very highly of you, proven by the fact that it bothered to challenge you at all. It has deeper meaning than Inception, Nolan's later movie, but lacks Inception's urgency, focusing instead on keeping every shot air-tight instead of making it exciting. Inception is better the first time you view it while The Prestige is sharper the fifth or sixth time you see it and they're both equally good. Push. We're not talking about Inception though.

No, instead, we have The Prestige today. This is a movie about being fooled because we want to be fooled and it doesn't stop there -- we want to be fooled by something complicated and we won't take simple for an answer. We need to let that go. Maybe enjoy ourselves. Maybe try smiling at a neat li'l trick.

In London around the start of the 20th century, two stage magicians become rivals and through some non-linear storytelling, one of them is wrongfully accused of drowning the other after a trick involving some sort of lightning machine. But that doesn't happen until later, apparently. Flashback to years earlier when they were just starting up, dissecting what it means to be a capable stage performer. It appears total commitment is the answer to that question and we are slowly told that answers might not be as clear as they seem. People are always acting, always leaving misdirection.

Angier, the man who drowns in the introductory flash-forward, is a better performer, favoring flashiness. Borden, the accused now on trial, is blunter but sneakier -- he starts as the "antagonist." The two of them constantly trade the upper hand and the roles of antagonist and protagonist. The audience doesn't know which one to keep an eye on and credit to Nolan for these switches is highly-deserved. We're asked from the very beginning if we're "watching closely," but this is even more misdirection.

Don't look closely. Stand at a distance. You aren't being fooled.

The whole time, while the two of them are swapping mistresses and puzzling each other with new tricks that bring them to anger, assuring others that it's a puzzle within a riddle within a masquerade. It isn't though. Angier visits Nikolai Tesla / David Bowie in America to make him a high-science machine that will zap him from one place to another, a magic trick that Borden has mastered without the use of a body-double, which is the traditional way to accomplish The Transported Man illusion. Little by little we learn just how extensive their contention is. Eventually, Angier discovers the machine can clone anything or anybody.

It doesn't really matter what the solution is because the point the movie is making is that actual answers can never be guessed if we go in with an obsessed eye. This rubs some people the wrong way and those people must think very highly of themselves. The answer is: you're a dummy, stop pretending, stop thinking you know everything. Even when the answer is right in front of your face, waving at you, which The Prestige does with zero apologies on repeated viewings, you won't see the answer until you're cool with being fooled and that's not a bad thing. If you can't stick with the movie after the twist with Angier cloning and killing himself over and over, all to serve a magic trick, You're Doing It Wrong.

It's a stupid twist and it knows it. It teaches a lesson about suspending disbelief, which is why you're there, watching a movie. Movies are all about people dying over and over and people swapping characters every other second, which is how Borden does his version of The Transported Man, and yet Angier refuses to believe it is so simple. Angier is the all assholes at the movies demanding complexity, considering themselves to be very smart and feeling quite entitled to a story as equally-gnarled. At the movies, we believe the misdirection because we want to believe in the mystery.

Like your dad trolling you for trying to act like an adult before you're ready, The Prestige gives you all the tools you need to fix a roof that doesn't need fixing, and yet you search it for the flaws he assured you were there and he is kicking back somewhere with an iced tea, waiting for you to come find him after two hours of trying.

Your reaction should not be: "you asshole."

Next up: Vanquish | A Shinji Mikami PlayStation 3 Game Review

Previously: The Scotsman And The Whale | Short story no. 7