To be clear, a blogger is just a writer whose printing mechanism is a blog

I won't go freak-beast on this argument because I don't think the gentle hearts I would victimize could withstand the resulting vapors. They might all die of the same flop-sweat that claimed so many proud Mississippi plantation owners in the 1860's. Yes, in this joke, the established publishing world is run by ninth-generation American men who borrow their demeanor and dress from colonel Sanders (sub-joke, nobody in Mississippi can write, speak, or read English), but then again, we have to wonder how far off the mark the joke is from reality?

But who am I to lob stones at the glass home of Mississippi native and Nobel Prize winning writer William Faulkner?

And here is where the worm turns, as the college sophomore would say the Bard says. Spoony bard.

I posit the blogger and the writer are different. Writing is a craft. Blogging is a medium. Both consider an audience. A blogger imagines a digital audience, perhaps attracted by organic keywords, or perhaps attracted by wording on a social platform. A blogger considers an audience as part of their craftsmanship responsibility, the same way a newspaper columnist considers a catchy headline title. The difficult point is that when people read newspapers on the train instead of their phones (we've all seen that famous photo of people reading newspapers, and, "Hey, people didn't talk to each other on public transit way back when anyway, dad!"), there was no competition, and a lot of time to kill. People would read an entire newspaper page to page. The people who wrote those columns were under as much "content" (gross word) pressure as a modern blogger. But they didn't live or die by the specificity of their headlines. This was all the news that's fit to print, so if their words had made The New York Times, they were a writer, and they were being read.

A blogger has to outsmart their readership's attention span and their competition, all while writing something good. Notice "write" comes up as a verb.

From that logic, a person who blogs and has their posts read is a writer. Insane dork and successful filmmaker James Cameron once said, and I'm paraphrasing, "If you make a movie, edit it, and show it to people, you're a director. The rest is just marketing." That's another topic we've already covered here, so let's stay on topic.

A traditional newspaper (for the sake of example) "writer" has that support system already in place. If we consider the modern novelist, well, I'm a novelist. You can download my books via the link at the bottom of the page. The difference is, my books are available on this website, but not on Amazon.

How lucky I would be to stand alongside the likes of... 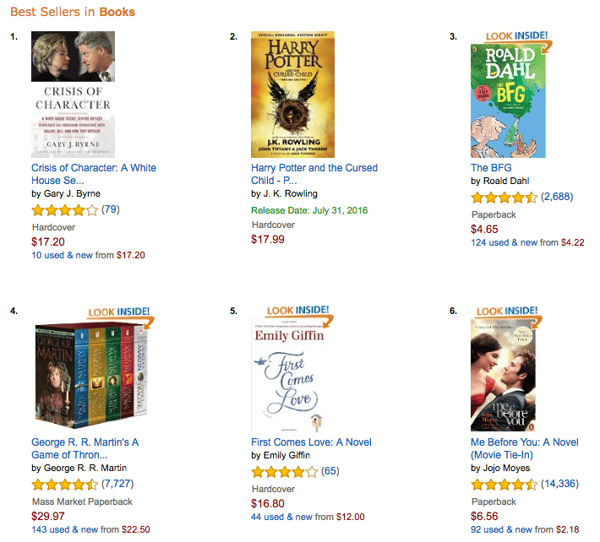 If a blog is just a medium for a written piece's visibility, who decides a bit of writing deserves visibility? There is far too much competition and not nearly enough nepotism anymore (hehe, good joke), so the answer is: the audience that you manage to inspire. I'd rather 100 grateful, overjoyed people tell me to my face that my writing makes them happy than 10,000 copies sell on Amazon to the tune of $10,000, once.

Next up: Small Tips For Updating Your Blog Style Guide

Previously: Whiny Questions, Simple Answers no. 5: Wait, Why Do People Love The Marvel Movies So Much?

Tagged topics in this post: storytelling analysis, marketing, how to write