What To Do When You Hate Something You've Written 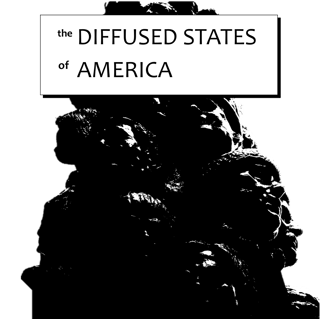 I liked it. I didn't love it. I'm trying to decide why. I've been reviewing a lot of my work recently. It's a comfort to realize how much I've enjoyed them. This is a sign that I've nearly cemented my writing style. I don't look at something I've done and regret the way a sentence is composed or a passage is paced.

Go back and read anything you wrote 10 years ago. It'll look like an airshow disaster's aftermath. Forcing your current creative brain to shake hands with your brain from 10 days ago, 10 months ago, or 10 years ago is an uncomfortable feeling.

This leaves us with a requisite call to action. I'm not in love with what I've written. I've drafted and edited the piece in question as recently as a month ago. What does this mean? What's the next step to engage with your work?

Short answer: I'll do something about it.

What To Do When You Hate Something You've Written

First, I need to recognize that what I've created isn't terrible.

I should have somebody who's opinion I trust read the work. I already have a bitter taste in my mouth. If this person tells me that the work I've done is indeed garbage, I suffer no loss because I already feel somewhat dissatisfied with what I've written.

Who should I ask? Who would you ask to review your work?

One step further, if the second opinion reveals few revisions or edits to act upon, then it might be a good idea to shove the piece back in the drawer. The need to write or create more does not end with us setting a current project down to rest. The worst thing I could do right now would be to stop entirely. Since we all know that isn't going to happen, I may need to de-familiarize myself with the work.

That point reinforces why I need to have somebody else read it. I am very close to Diffused States as a story, to its characters, to its setting, and to its ideology. I've written a complete, now-defunct draft of this particular novel. That world still rattles around inside my head, despite the changes in the new draft here. It makes me anxious and impatient for the real story to arrive.

So I'm forced to remind myself that the setting is interesting. I'm capable of telling a small story within that structure.

In fact, the story might not even be BAD. I need to take apart my dissatisfaction.

Let's do an exercise together. I'll Antiques Roadshow this thing and examine the work. What do I dislike about the draft?

This is a B-grade story. My anxiety concerns whether this first chapter is a good enough standalone piece to attract people into the rest of the story. It's often bleak and sad. It contains less joy than what is meant to be embodied in the races that compose Diffused States narrative backbone.

Make the ending more positive. There could be a feeling that we've climbed out of a ditch and catch a glimpse of something great as the chapter closes. The transformation Stro experiences should be an unshackling relief at the story's conclusion. As it stands in its current form, Stro recognizes the error of what he's done, attempting to follow in Dax's footsteps, not only as a terrible role model, but the damage repeating the old runner's methods could inflct upon the racing landscape.

It's close, not quite there.

Key lessons: be patient and solicite feedback from others to ease your worry that what you've done might be total garbage.