Why The Xbox One Is An Awful Invasion Of Privacy 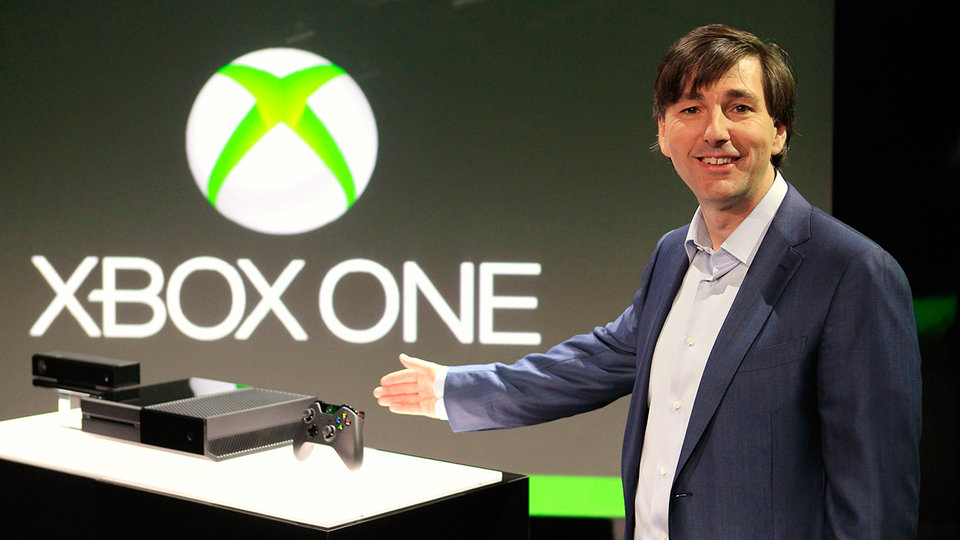 There's this part in Independence Day where Jeff Goldblum is a scientist. He's upset with the President's craggy, cabinet members for doubting his warnings about the incoming alien attack. These old grumps aren't tech-savvy. They care about facts, Mr. Scientist! They care about bullets, and how big they are, and assessing danger, assuming point-blank that they know what they ought to fear. My guess is they have never read anything by Kurt Vonnegut and chosen Jim Beam and cigarettes as their vices and signposts in life.

Then the Americans nuke Houston in an attempt to stop the aliens, and although nobody will miss Houston, it proves Jeff Goldbum right.

The Xbox One is the new machine built by Microsoft and it feels like it is designed by grouchy military-types that have moved into the private sector.

Primary talking points: How far can it shoot? How many people can it hit?

The Xbox One platform that was described at its revelation is a convergence of all the technology that your grandpa-salesguy imagined when he shoved a stogie in his mouth and leaned back in his chair, trying to figure out what fucking use a COMPUTER could have in BUSINESS. Grandpa-salesguy marveled at his own creativity, without comprehending the danger (or tastelessness) of, say, plonking a camera atop every television in America and fastening an umbilical cord between digital content and a server that a corporation owns and operates in North Carolina.

(That's what "a cloud" is, kiddos. A fast connection to a larger storage and/or processing unit. Nothing else.)

This is the Xbox One. And this is why it is an awful invasion of privacy:

1. The message leading the way for the Xbox One is the terrible technological convergence that we should be wary of.

Really? Can we all Skype, and Internet, and TV, and Xbox on one screen, and it's all voice-activated? What good is all that on one screen? The human body cannot do that. You can't do all of them at once. You've only got the two eyes and the one brain. You already have a smartphone, and an Xbox, and a TV, and a computer that can do Skype, and you're already embarrassed that you did them all at once that one time when nobody was around. Let's not bring that up again, or bring up that the Xbox One is the exact convergence that embarrassed you so much.

Rightfully-so. I see people using their smartphones while peeing at the urinal 4 out of 5 workdays each week. Feel shame. Computers are so fast at this point that there should be less overlap between activities, not more. Describe to me the advantage of this convergence, and I'll listen. Then I'll argue against it if I have to.

2. The Xbox One is catering to the lowest common denominator.

Look, jerk, videogames are stupid. I've played them my whole life. I'm one of those expert witnesses Fox News should bring on to talk about why electronics are stupid (still waiting for my call, Megyn! (and then I'll go argue on PBS to get videogames installed in the Smithsonian)). I make an effort every day to try to phase them out of my life. They are my cigarettes. A lifetime of playing them has made me hyper-interested in the logic used to craft them, so in the world of intellectual-stimulation and cultural-literacy, it's not a terrible vice to have. You can actually have a conversation about them. I can even go on a jog and breathe healthy after playing videogames.

Microsoft is not designing the Xbox One for me and my hyper-evolved thought-gnasher brain. They're designing it for your older sister's husband -- the guy that played N64 in college and is in 4 different fantasy football leagues. No knock against him, he's just got a ton of disposable income.

3. Microsoft is testing the waters with what they can get away with on the Xbox One.

I promise you that there are triggers that can activate or de-activate the always online and used-game items on every Xbox One. I've been on the inside of SaaS software and look out at the world from within, and that's how those things are designed, there are always overrides, and there are always scenarios that favor the manufacturer at the expense of the consumer, so until the public outcry or bottom line become too severe, Microsoft will keep everything as locked down as possible. When you buy an Xbox One game, you are effectively buying a license to experience it -- which, in the amorphous licensing / digital-ownership / cloud environment being constructed by Microsoft, is the equivalent of renting a book, whose pages may turn to dust in a few years if the publisher decides shutting down the server is more valuable than the potential class-action lawsuit that would never happen in a million years.

If there are cycles running in a cloud somewhere to help enhance a game specifically designed for the Xbox One, then someday, they can pull the plug on those servers, and the game will cease to function. That's a dire situation, but that kind of architecture will be very hard to emulate someday, so we are venturing towards a future where the content will someday vanish. Its language is designed obsolescence. It's designed to exist inside a closed fist that is all at once iron and nebulous.

5. The Xbox One is an intruder, rather than a companion.

A smartphone or an iPad is an extension to your person. This is just a new Xbox. We tolerate the draconian relationship with wireless carries and Apple because a smartphone is a tool first and an entertainment device second. When the Xbox One rolls up with these declarations of how it will become part of your Entertainment Experience On The TV, thanks to account sign-in integration, and content you can own on the cloud, and regular online check-ins to make sure you're not a fucking criminal, all so you can play Halo, people are wary.

"But your iPad is online at all times," Microsoft reminds you. Yes, but we tolerate that because the device's portability hinges upon a wireless Internet connection, trafficking in information, delivering its function via screen, to me, through my eyeballs. An Xbox, a gaming console, hinges on my ability to access its contents as it rests on a shelf in my living room.

"The Xbox One has Kinect 2 and is voice-activated," Microsoft says this time. Yes, but I will always have to put the controller in my hands to actually play it, so talking to the TV requires more muscles than pressing a button and smiling.

A smartphone does its job as a companion by being always online. A game system does not require that. And nothing requires voice-activation.

6. The decreased backlash against the Xbox One is proving what supreme bitches the videogames "journalists" are.

Just sorta playing along, aren't you, guys? The big reaction from the gaming press on the Xbox One reveal was, "Disappointing, I was bored," not because the presentation was simply those things, but because it was their work-day, it was their Tuesday, and it was boring. Try harder, jerks. Even the guys writing for the Boston Globe criticize the local sports teams, and I know most of you aren't great with words, and your videogame taste stopped being opinionated when you had enough disposable income to buy every system. For fuck's sake, get mad! As a person, get mad, if not about this, then what in your professional life could?

Call somebody out. Scorch the earth. You're in possession of knowledge that middle-America parents don't -- you know, the ones too lazy to do research before buying Little Melville his The Calls It Duty -- and those parents are going to be gouged for that ignorance, so please, if you're burdened with writing about videogames for a living, nut up. You're acting like a choir of lazy angels right now, watching, commenting, but not caring. You have one job. Act like you're paid to actually get out of bed in the morning.

There are alternative forms of entertainment that don't invade your privacy. Ghost Little's non-DRM free book samples are available for download below -- grab one for the road!

Next up: New Super Luigi U | Nintendo Wii U game review